Well of course there had to be a lawsuit when Elvis passed.

His will referenced “lawful” children being beneficiaries of his testamentary trust. Now who would that be? Children born during his marriage, certainly. Those adopted, OK, but there were none.

What about those Elvis may have sired on tour and never claimed? What if Elvis dies before a paternity action can be brought?

Well as it turned out The King of Rock and Roll successfully defended a paternity suit in California, only to have the claimant return to haunt him post mortem, like in a horror picture. One wonders what forgettable music would be produced for that film, something from “The Trouble with Girls” perhaps?

If that Elvis love child was sired in Washington State it means that poor child should have you get nothing. Same in Tennessee apparently. Text from his Will:

..the Trustee is authorized to accumulate the net income or to pay or apply so much of the net income and such portion of the principal at any time and from time to time for the health, education, support, comfortable maintenance and welfare of: (1) my daughter, Lisa Marie Presley, and any other lawful issue I might have, ….

There is no Equal Protection argument either, it’s the parent that failed the child, not the state. Yes, New Age reader, “Lawful Issue” still means something.

Indeed, every word of a will means something, and how carefully chosen each word may be will not be examined post mortem, as this unfortunate appellant tried to claim. It is presumed every word means what it says.

It should be noted there are about 40% of children born in America to unwed parents at the present time. Even among the highly educated, it seems an acceptable practice. It’s remarkable people who clearly love their children simply chose to ignore great bodies of law that will have an impact upon them should they perish without taking care of matters.

What do you say to this child? Return to Sender? 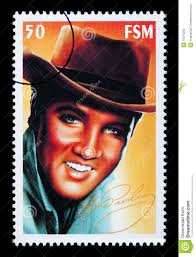 So, for those that presume the law has caught up with your Brave New World of family, take care to ensure terms are not thrown around in your will like “lawful” when you mean “all”.

Regardless of new concepts of family, people who have had children without benefit of clergy also want their offspring to say kind things about their parents when they pass, perhaps the way Elvis would end a concert:

Thank ya, Thank ya vury much. 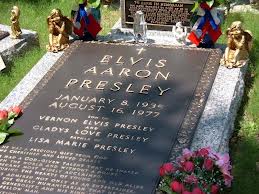 My daughter works inside the beltway of Washington D.C. She tries to make it better, really. But factors get in her way.

Sometimes she comes across a madness that seems to reflect a need to present a front to the media. Talking heads seem to lead to a poll, which seem to lead to remarkable events, like a party willing to bring the country to the brink of disaster because they worry about the legislation of our lawfully elected government has already passed.

Except it is not.

Instead of the faith we have in the people we have elected, wisely discharging the public trust, ostensibly able to change things if they don’t work out we are governed by talking heads on television and the polls they generate. That is the new face of democracy. Congress lacks confidence. They instead live in fear of these people we apparently listen to and…

Recently I heard an account of the Roman leader Sulla, (138 BC-78 BC) who decreed not only his political opponents but also those of wealthy families should be slaughtered so as to have their property escheat to the state so as to pay his army.

Even today, those without obvious takers of property like children or siblings, nieces and nephews, are at risk for this Roman escheat to the state, unless they have a will of course. However even after the fall of Rome it was not always so.

Things were more civilized by 1066 when Britain was successfully invaded for the last time.

By then it was just a given that when you died, even though you may have paid for the land with a lifetime of rents and military service, the real property of which you were “seized” reverted to the feudal lord.

You really wanted to be a lord then, unless you were King Harold II, who died after receiving a Norman arrow to the eye at Hastings.

All his feudal retainers lost their rights in land to the Norman conquest; William was in charge and started parceling out the country to his army.

Of course sometimes the land was given to the vassal who fought for William with extras, such as adding the term “and his heirs” meaning the knight would be able to leave the property to his children. Thus it was not best to die childless in feudal England however, or the land will escheat back to the William once again.

The record keeping wasn’t all that good the either. Paper was expensive and it took a lot to make up a deed. One had to know Latin, and then find the right rock from the field to represent the transfer to tie to the deed.

If the lord had no paper or couldn’t write, let alone in Latin, typically he would call together the neighbors for a ceremony where he took up a dirt clod from the land in question, and placed it in the hands of the grantee vassal, thereby making the latter “seized” of the land.

Hopefully people remembered whether you were seized of the land for your heirs as well. I guess the take away from this sort of transfer is the vassal wants lots of witnesses, preferably young and healthy.

In consideration for these grants the lord got a share of the crops or other profits from the land.

These ancient dues predated the Conquest, and William apparently liked them so much he just kept the rent the same. Perhaps that is why no one has successfully invaded England since, and loyalty to the Crown remains intact.

Today in the United States you can will your property to whomever you wish, just be sure to do so, lest the lords who govern your state end up with it.