Something that has always bothered me, as a lawyer, was the authority or law that allowed one nation or group of nations to charge war crimes against the combatants of another? I mean, where is it written down that it is a crime to mistreat your POW’s, or that civilians should not be killed?

It turns out in many places. The Geneva Convention Relative to the Treatment of Prisoners of War, adopted July 27th, 1927, for an example.

But enforcement depends on politics. Take the Japanese treatment of our POW’s during WWII for example. Horrible. Death marches, random executions, poor conditions, little food, little shelter. Those responsible were tried and convicted of several breaches of international law.

How did the Russians treat their captured Germans in the same war? Horrible. Death marches, random executions, poor conditions, little food, little shelter. Those responsible were NOT tried and convicted of several breaches of international law.

Why? Well perhaps it was the 24 million soldiers and citizens that died during the conflict that somehow shifted the moral weight in their favor. More probably it was because the Russians were on the winning side. 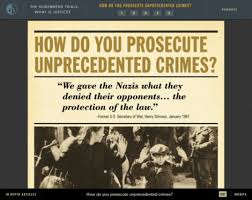 Curtis Lemay, commander of our strategic bomber air forces over Japan late in the war famously said that if America had lost the war he would be tried for war crimes. This is probable.

In 1907 a general protocol referred to as the Hague Convention of the Laws and Customs of War on Land was adopted. Among its provisions bombardment of civilian areas or undefended ports was prohibited by naval forces. Following World War I in an arbitration between Greece and Germany held in 1927, this provision was held to extend to aerial bombardment.

By World War II the bombing of civilian targets was common. To end the war against Japan, we the Americans, dropped two atomic bombs on Hiroshima and Nagasaki, but not before we firebombed the other wooden cities for months, creating firestorms only occasionally seen in the European Theater. Curtis Lemay was the ground officer in charge of the mission.

There were no trials about bombardment of civilian populations following World War II. How could that hypocrisy be heard anywhere?

As a human I know right from wrong. It is wrong to round up a class of persons, say the Jews, and attempt to exterminate them. That is just murder and everyone knows that. You don’t have to go to law school to know this. The War Crimes Tribunals, where they may have lacked authority, asserted this as a crime against humanity, and they were right to do so. 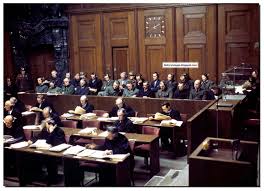 But there was actually a precedent placing everyone on notice the killing of civilians would be called a crime. The Ottoman Empire had practiced a genocide against the Armenians during the First World War. Several nations later declared this to be a “Crime Against Humanity”.

And this satisfies the lawyer part of me that needs some law, some decision or other authority to point to in order to prosecute and punish these acts. For lawyers anything less is just victors justice.