I recently bought a copy of the constitution on Amazon. My reward is an opportunity to review the document on their website. The question seems a bit obscene, given the gravity of the document, as it has asked me to rate it as if it were a motion picture. 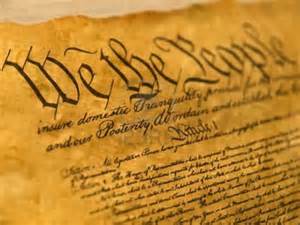 Our constitution embodies a foundational understanding of what it means to be an American. It sets forth a rule of law for us all to count on, no matter who may be in office or what should transpire.

The idea that the foundational laws of a country should be set forth in a single document was rather radical at the time it was adopted, 1788. The precedent Articles of Confederation (1781) failed to work out, and shortly it appeared the Constitution of the Commonwealth of Massachusetts authored by John Adams (1780) seemed to be the most workable frame for government; a bicameral legislature, an executive and an independent judiciary.

Britain, by contrast has a series of documents starting with the Magna Carta (1215), each of which reflects the prevailing concerns of the age.

We now see a great constitutional debate in our mother country, The United Kingdom, whose Prime Minister has proposed what appears to be more of a federation like our own.

This is feasible. The historical documents delineating the role of the monarch, Parliament and the judiciary remains a workable collection of documents and practices subject to change from time to time.

Our Constitution, by contrast, is treated as Holy Writ, authored by now God like men referred to commonly as “the Founding Fathers” making changing it a heresy. James Madison, the documents author, was an extraordinary man. But he was still just a man.

I am beginning to have my doubts the American Revolution was necessary or has really served us in the long term. I have yet to meet any Americans who agree with me. The British generally feel differently of course. 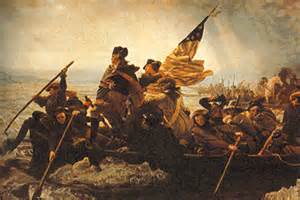 The British seem to be able to get things done. Sure, it is a much smaller country, but troubles here seem to perpetuate due to the weight given to the terms of a document which certainly allows for amendment, but doesn’t seem to be all that flexible until a Supreme Court is willing to either overrule itself or find a new logic to come to a different result.

Take the 2nd Amendment for example. We seem powerless to address the twin and competing needs to curb gun violence while respecting American desire to own and carry firearms. Change is out of reach.

This is our law. It is good thing for any American to read from time to time. One might ponder the number of comma’s in the 2nd Amendment, which might be read as error and tend to cut the Founding Fathers down to a humanity that may lead to America rising from it’s bended knee before this document and addressing the challenges we face today. 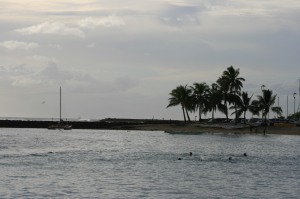 Lawyers Never Retire. Lawyers spend a week at most in this scene, then return to being lawyers.

My father has been retired now for 10 years. But as soon as he left the office, he somehow managed a desk at the city attorneys office. When there was a car – bus accident he would defend the bus.

He finally gave up that desk a couple years ago. But he still is working; not at a desk, but the mind keeps going.

On the way to the Mariners game this weekend he told me he was having dreams still about practicing. There is a reoccurring dream he and all lawyers have. They are in court and totally unprepared.

Members of the bench have mentioned to me that is no dream, that is the state of the bar now. You see that a lot I am afraid, among the latest generation of lawyers. Perhaps they will retire, or be forced to.

Lawyers never retire, but perhaps it is best to leave the litigation to someone else, and try to get some sleep.

Despite my best intentions I found myself at the mall shopping this week before Christmas. I was not alone with the sense of rush to accomplish tasks that could have been done earlier. Predictably it was a stress filled event that makes me question whether Jesus would shop on line or shop at all.

I also wondered about those who make this choice in estate planning; shop on line or come to my office. Often I open a probate where the family comes in with the “will” the dear departed family member left behind only to find it is “holographic” or self created without proper witnessing. These are not admissible in Washington, but they are elsewhere.

Probably all the on line instructions are correct, but are skipped over as the reader scrolls down to the “I agree” button we have all learned we must push to get to the product we want on line. So skipping what law professors call “Wills Acts Formalities” means you died without a will.

Americans prefer to be informal, as if this is a virtue we should all aspire to imitate. An American will tell you anything no matter how personal, and he will dress as if they are going to a beach party when something more formal would be appropriate.

So it is a shock to learn the American law frowns on informality, and thus these “informal” documents are not admitted to probate. This means the informal desires of the decedant have no formality at all, and will never be considered. It’s like going out to eat in Europe and being turned away because you failed to pack a coat and tie. Go ahead and get upset, but there isn’t anything you can do about it. Like the better European resturants, the law has standards. Thats why they call it “Law”.

Realizing they are about to be turned away from the last menu selection they will ever make,  people find themselves calling me from emergency rooms, or are brought in to the office on oxygen, or dont quite make it in at all. I recall one such fellow who had consulted with me about a will but put it off. I finally saw he was on the calendar finally for the following week, but alas, saw his photo in the obituaries Sunday morning.